China has become notorious in recent years for its high levels of air pollution. This, however, is only one of many issues facing China as the country’s middle class continues to grow.

Beijing, China’s capital city, is home to around 20 million people. As a result, the city produces a lot of trash.

On a number of occasions, academics have attempted to estimate just how much trash Beijing produces. They have all failed, due in large part to the fact that the massive trash collection industry in China is extremely unorganized.

So back in 2012, the government of Beijing came up with an innovative solution to their trash problem: reverse vending machines that reward people who recycle with credits that can be applied to phone cards or public transit costs.

The machines are equipped with scanners that can identify what type of bottle you are recycling to determine its value. More valuable bottles get you more credit.

Beijing has contracted Incom, the company building the kiosks, to build 100 of the machines across the city (Incom thinks the number will eventually be in the thousands).

34 kiosks have been built so far. Check out the video below to see one of the machines in action and hear how local people are responding to them:

Alan Turing was a code-breaker in World War II who became a pioneer in the field of computer science after the war ended. In 1950, he theorized that if a machine could be designed that was indistinguishable from a real man, it would be proof that the machine was actually thinking.

To carry out the test, human participants have five-minute conversations with a machine, and afterwards are asked whether they thought there was a robot or a real human on the other end. Despite the fact that the test only requires the computer to fool 30% of the human subjects, no computer had ever succeeded.

That is until last Saturday, when a machine known as “Eugene Goostman” convinced 33% of test subjects that it was a real 13-year old boy.

The machine was tested along with 4 others at London’s Royal Society last Saturday on the 60th anniversary of Turing’s death.

Professor Kevin Warwick is a professor of cybernetics at the University of Reading. He had this to say about the result of the recent Turing Test:

“In the field of artificial intelligence there is no more iconic and controversial milestone than the Turing Test… It is fitting that such an important landmark has been reached at the Royal Society in London, the home of British science and the scene of many great advances in human understanding over the centuries. This milestone will go down in history as one of the most exciting.”

Though there have been a handful of claims of machines passing the test before, Professor Warwick points out that none of these tests proved to be “true” Turing tests:

“A true Turing Test does not set the questions or topics prior to the conversations. We are therefore proud to declare that Alan Turing’s test was passed for the first time.”

I wouldn’t say that this is proof that Eugene Goostman was actually thinking (as hypothesized by Turing), but regardless, it is a huge step for the fields of computer science and artificial intelligence.

Read more from The Telegraph here.

Justin Gershenson-Gates describes himself as the grandson of a railroad man and the son of a gearhead. Justin, however, turned into a world-class artist.

He refers to his work as, “A Mechanical Mind”: an infusion of sculpture and machines. Here’s Justin describing his art form:

“My aim is to show the beauty of the mechanical world- a place generally hidden from the public behind metal and glass … My pieces display the more delicate and ephemeral side of gears, rather than the cold, hard factory feel they normally portray.” 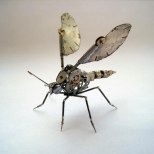 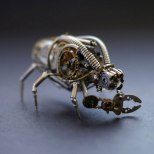 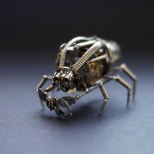 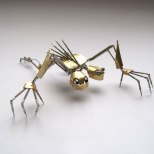 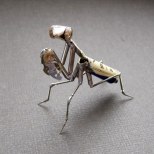 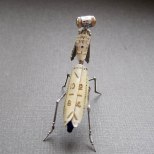 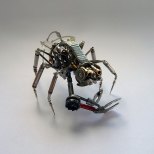 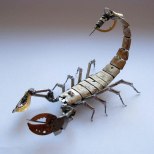 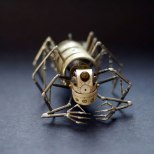 You can see more of Justin’s work (and purchase some if you’d like) from his website here.