On September 18th, Scottish citizens will vote in a referendum to decide whether to remain part of the United Kingdom or to break away and become independent.

Though only about a third of the Scottish population is in favor of leaving the UK, the British government has been leading a campaign to discourage voters from choosing independence.

A cornerstone of the British government’s pro-unity argument is their claim that staying part of the UK will make the average Scotsman better off by £1,400 UK ($1,900 USD) per year, as compared to if the country were to separate.

To illustrate this point, the British Treasury Department made a BuzzFeed style list of the “12 things that £1,400 UK Dividend could buy”, using legos to illustrate each entry. They have since removed most of the images, but you can check out some of the original entries below: 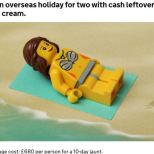 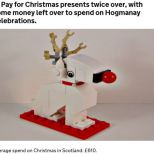 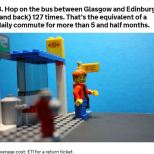 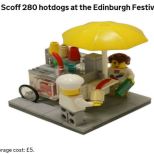 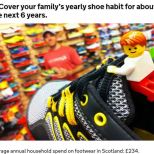 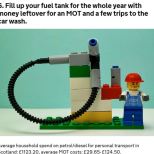 Unfortunately for  Britain’s PR team, the plan backfired. Many people accused the government of patronizing the Scottish with suggestions like, “Scoff [eat] 280 hot dogs at the Edinburgh Festival,” or, “cover your family’s yearly shoe habit for about the next 6 years”.

On top of that, the Lego company (which is based in Denmark) asked the government to remove the images, saying,

“We have requested that the images are removed due to our neutral political stance. We are a children’s toy company and therefore all of our communication is targeted towards children. People all over the world use Lego to depict stories and scenarios – some of it not to our knowledge. We maintain our position as being a politically neutral company.”

Read more from The Guardian here. The situation in Ukraine has been all over the place lately, with conflicting reports constantly coming from both sides, so I don’t blame you if you haven’t been keeping up with it.

There have been a few recent developments, however, that are worth noting. Since the overthrow of former Ukrainian President Viktor Yanukovych and Russia’s subsequent annexation of the Crimean peninsula, there has been significant unrest in Ukraine’s eastern cities, specifically in the coal-mining region of Donetsk.

A number of pro-Russian separatist groups have emerged in eastern Ukraine since all the tension began. Though they typically wear uniforms that bear no particular flag and claim to be Ukrainian, many people believe that a significant portion of these groups are actually covert Russian forces.

The Donetsk People’s Republic (DPR) is the most organized and most visible of these groups. They recently announced that they would be holding a referendum in the Donetsk region and the neighboring Luhansk region on May 11th.

Originally, the referendum was to be a vote on whether or not to legitimize the new Ukrainian government. Then, members of the DPR said people would be asked whether they wanted to leave Ukraine and join Russia, “Crimea-style”.

As of May 8 however, the referendum simply asks, “Do you support the act of state self-reliance of the Donetsk People’s Republic?”. DPR representatives have said that a follow-up referendum will be held on the 18th to decide on whether or not to join Russia.

The Ukrainian government and the international community have denounced the referendum (as well as the DPR’s self-proclaimed state) to be illegitimate and illegal.

However, separatist forces are in control of a number of towns and cities in the region, and have commandeered 80 local schools to hold the votes (the feature image for this story was taken at one of these schools), so local governments have been forced to comply.

Then earlier today, the Kiev Post reported that Ukrainian anti-terror forces in Slaviansk had captured a small group of armed separatists who had 100,000 ballots for tomorrow’s referendum that were pre-marked “yes”. The Kiev Post called the group “Kremlin-backed rebels”, but the publication is known to be supportive of the new government in Kiev so it’s possible that their report may be a bit sensationalized.

Check out the original report from the Kiev Post here. Read more from the BBC about the upcoming referendum here. 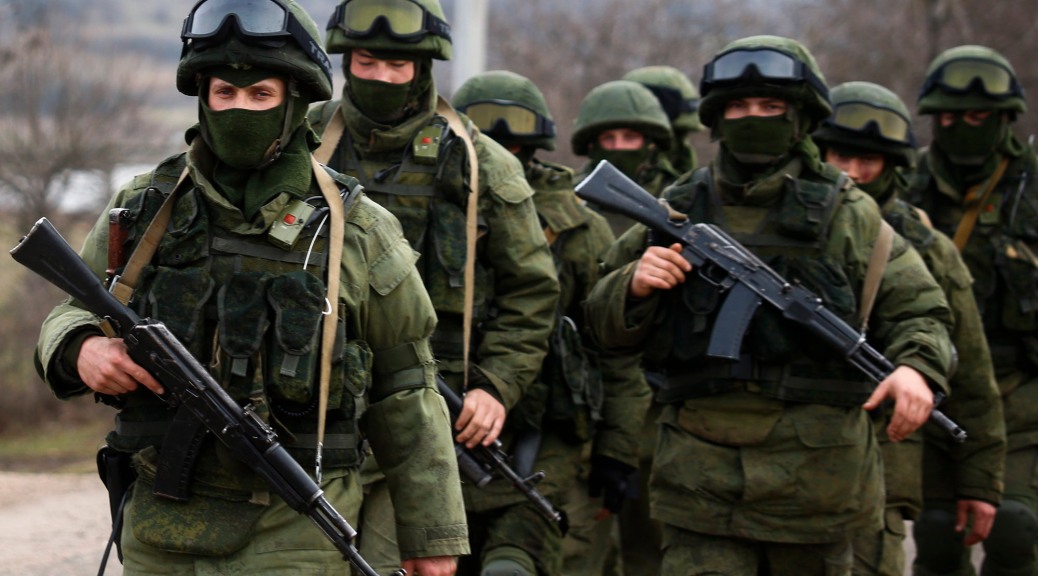 Here’s a quick timeline of the most recent events in the Russian-Ukrainian crisis.

On Sunday (March 16), residents of Crimea voted on a referendum of whether to leave Ukraine and join Russia- the measure passed by upwards of 90%. It is important to note, however, that all signs point to a pretty illegitimate vote. 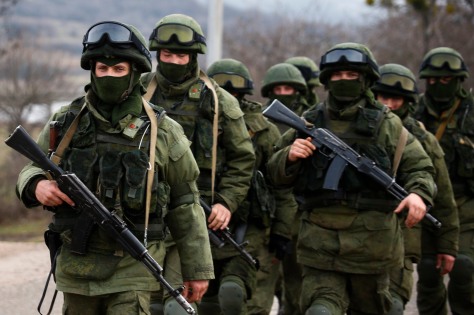 Lastly, some of the actual results are simply ridiculous. For example, 123% of the major Crimean city of Sevastapool cast votes on the referendum. Mykhaylo Malyshev, chair of the committee overseeing the vote, announced on the evening of the 16th that 1,250,426 people had voted, but said that figure did include Sevastopol’s electorate. Including that city, he said, 1,724,563 total people voted.

The difference between these numbers (474,137) should be the number of votes cast in Sevastapool, right? Well, last year’s census put the voting-age population of Sevastapool at 385,462…very suspicious to say the least.

The next day (March 17), Defense Minister Ihor Tenyukh responded to the results of the referendum by saying,

“Crimea was, is, and will be our territory.”

When asked if Ukrainian troops would fight to defend Crimea, he replied carefully, saying,

While Tenyukh said that Ukraine would “do everything possible to prevent war”, he noted,

“the threat of war is real…We are strengthening our defense capacity. Ukraine is ready to defend its territory.”

Putin said the moves corrected a “historical injustice”, as well as saying that Crimea has “always been a part of Russia”.

A few hours later, French Foreign Minister Laurent Fabius announced in an interview with Europe-1 radio that the other members of the G8 (a forum for the 8 leading industrialized countries) had decided to suspend Russia’s membership.

Fabius did, however, say,

“We are continuing dialogue with the Russians, despite the fact that we do not agree with them.”

BONUS: After the US announced (relatively inconsequential) sanctions against some Russian officials including the freezing of their American visas, Putin’s top aide said:

“The only things that interest me in the US are Tupac Shakur, Allen Ginsberg, and Jackson Pollock. I don’t need a visa to access their work. I lose nothing.”

Props for being a Tupac fan at least!