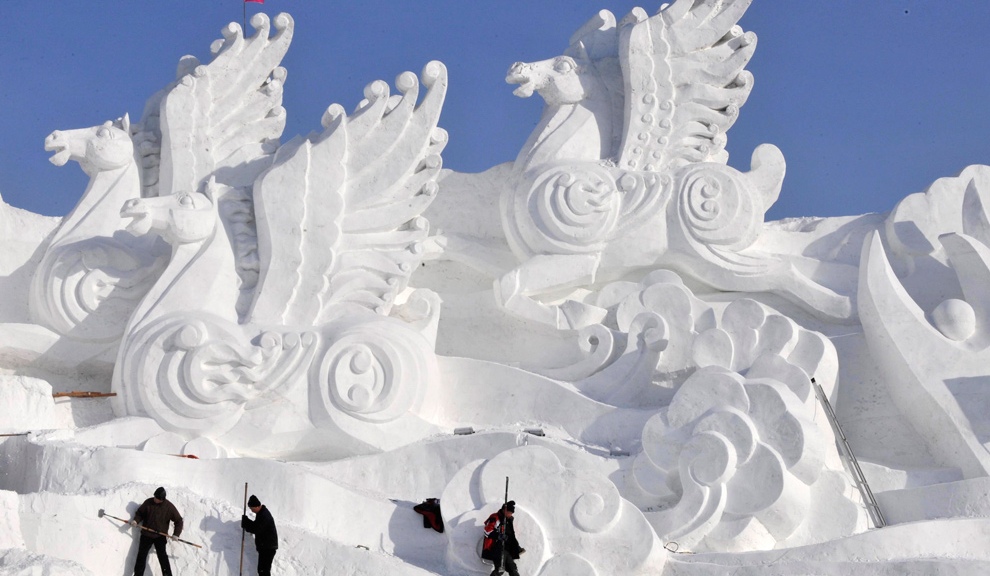 The 30th annual Harbin International Ice and Snow Festival kicked off in on January 5, 2014. Harbin is a city in northeast China, about 500 miles north of North Korea.

Here’s some of the coolest sculptures from this year (click an image to enlarge): 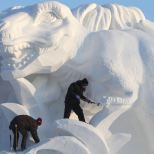 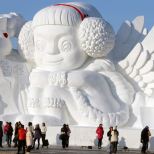 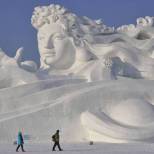 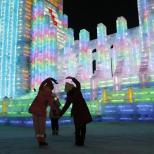 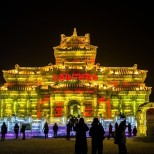 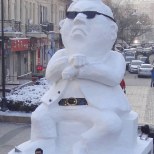 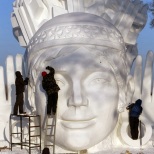 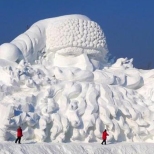 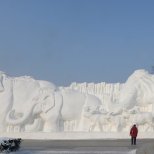 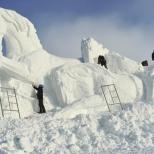 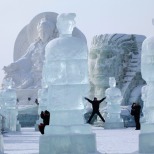 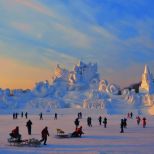 A sub-glacial canyon that is nearly two miles deep, 200 miles long and 15 miles wide has been discovered buried under “several kilometers of ice”, according to a new study published by a group of British scientists. The canyon/huge hole is buried under snow and ice and proportions are larger than even The Grand Canyon.

Dr. Neil Ross, a professor of geology at Newcastle University, lead and announced the discovery after collecting three seasons worth of data. The study appears in the latest edition of The Geological Society of America bulletin. According to Dr. Ross…

The discovery of this huge trough, and the characterization of the surrounding mountainous landscape, was incredibly serendipitous.”

Ice-penetrating radars towed behind small aircrafts and snowmobiles were used to collect research and to map the hidden terrain.

We had acquired ice penetrating radar data from both ends of this huge hidden valley, but we had no information to tell us what was in between. Satellite data was used to fill the gap, because despite being covered beneath several kilometers of ice, the valley is so vast that it can be seen from space.”   -said Dr. Ross

According to the team that made the discovery, the valley was formed millions of years ago by a small ice field similar to those of the present-day Antarctic Peninsula.

To me, this (discovery) just goes to demonstrate how little we still know about the surface of our own planet.”   –Dr. Ross’ final statement on the discovery

Check Out the original story by Forbes Here!

A severe winter storm moved over the Middle East today (December 13), bringing snow to Egypt for the first time in over a hundred years.

In nearby Israel, over 3 feet of snow fell in Jerusalem, closing a number of roads and compelling the Israeli military to rescue hundreds of people stranded in their vehicles.

What did the Middle Easterners do? Naturally, they went outside, made snowmen and snow-angels, had snowball fights and generally had a great time. It was a pretty cool reminder that despite all of our differences, be they regional, cultural, religious or otherwise, we’re really not all that different.

This is an amazing theory by researches, stating that the Fox has nearly a 75% success rate when facing North. It is no doubt that animals contain amazing skills that humans do not possess, but maybe some we do? Maybe we just don’t realize we do, or maybe not? If a canine can tune into the magnetic field of our planet, maybe most animals (including humans) can.